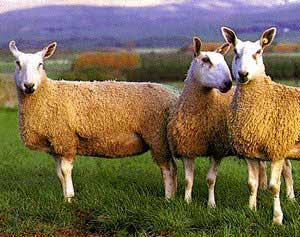 It's like a card trick I know; it never ceases to amaze.

Today a really sweet customer came in, and it turns out she hadn't heard of ... well, anything online, knitting related. I took her on a Ravelry tour and she was in complete and utter awe (and now, #7900 and something on the wait list). I hadn't realized how useful Ravelry had become to me, and how often I use it as a tool (as opposed to entertainment.. tho entertainment it sometimes is). It's also a quite wonderful messaging system. Anyway, I get a kick out of signing up newbies.

She left with a list of links to try, and a big smile. And some lace yarn, and some needles and a pattern. Now, that's a good day.

It was a really strange weather day today; this morning it snowed and snowed. Not the super-cold, crispy snow, but the big, fat, wet (black eye from a snowball) kind. That's the snow that compacts under car tires and turns into thick sheets of ice. When I was taking Mug to school I was behind a city bus that was very, very out of control. I would have been terrified if I was inside; sliding and skidding and bouncing off curbs. I've never seen a bus spin out before and I could live without seeing it again.

Later in the afternoon the snow had melted and the sky was perfectly blue. There's a rag of some sort that hangs on a telephone wire across the street from work. It was flapping at a speed that would indicate moderate winds.

I used a drop spindle for a while this afternoon; working with a scrap of rough fiber that I'd found in a basket. I really like the rustic feel of it, and the colour... It was a natural brown with specks of white fluff. Pieces of hay slid through my fingers. I think I'd like to spin more of that and make an earthy kind of jacket. Or a warm lap blanket for camping. Anyway, for now it's a little skein for the store.

Ravelry Rocks! How great for you to be able to introduce a new person to the online knitting/yarn/etc. community!

Hang tight for the weather, the bus siding incident sounded really scary. We are having a lovely day here in Tucson, but I am afraid that my Mr. G sweater will be too hot when I get it done this month! KC