On the off chance you have some time to waste today.

It's so funny how much things have changed. Take your glasses off. Don't smile. Your forehead is too shiny. 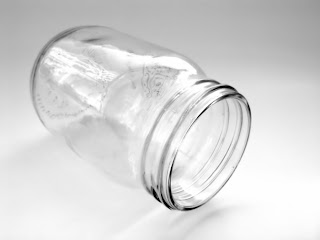 Alright Mrs. Tiano, we have a little story for you.

Marilynnie is going to walk across England (no kidding, she really is). She's in training right now, and she is looking into buying some good, sturdy hiking boots this weekend. Every morning she is going to strap those boots on, and she's going to walk about 15 miles across England. She'll be taking her lunch with her. Also her very awesome husband Doug (who is going to heaven for sure). And a bunch of other hikers.

So we asked her what we thought you'd ask her.

And we all burst out laughing because we knew darned well what you'd say. It's hard to have you so far away, that is for sure.
Posted by Annie at 9:21 PM 1 comment:

Today I received a HUGE black and white calendar of naked men with their silly parts covered by Wollemeise. I'll let you guess which Wollemeisian was responsible.

I love the horse part... I laugh every time I replay it.

Just in case you're interested in filming; the ad was completed in one take, and here's a video on how that was accomplished.

Flowers and chocolates and more

The big weekend started off well... Apache, with steller aim, dropped his dog toy into my coffee; therefore teaching me that it's a dumb idea to put the cup down on the floor beside my feet. 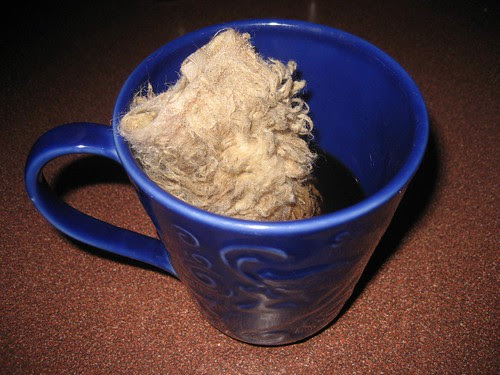 Mug received a dozen red roses, and a heart shaped box of chocolates.. her first. Seems like a milestone. 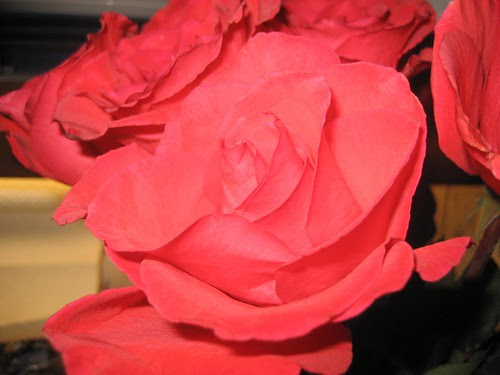 BFML and I went to the Friends Church with his marvelous sister and her amazing husband. Afterwards we went to Lina's and ate everything in the store that wasn't nailed down. Awesome.

Otherwise, I've been watching the Olympics from morning until night for 3 days, during which I've completed the 10th border repeat of my first Orenburg lace project (The Eastern Star Gossamer Shawl). There have been some ups and downs... let me tell you, a dropped stitch is darned near the end of the world. The first one cost me 15 rows of knitting before I could get a clear pickup. It came this.close to being frogged. Knitting in 2/64 weight cashmere is akin to knitting with 2 human hairs, and let me tell you, it is challenging on nerves, patience and the eyeballs. 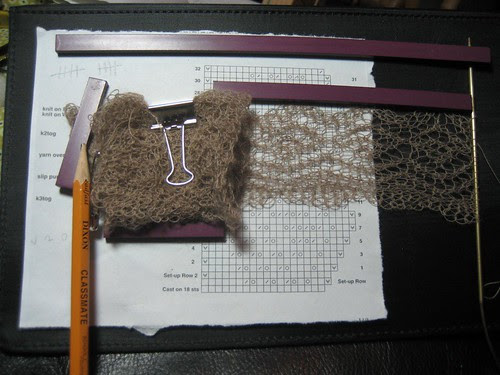 And, polar opposite... I've been working on Wool Leaves, by Jared Flood. It's knitted with 2 strands of Cascade Eco, and couldn't be further away from the Eastern Star project. Quick, fluffy, warm, and easy... it'll be a great store sample. I'm knitting it somewhat longer than the pattern calls for, so instead of a bulky baby blanket, it'll be a wrap of some sort. 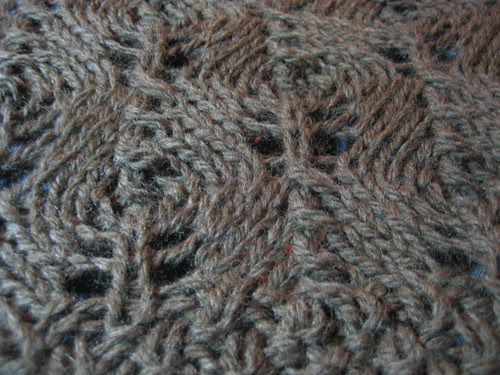 This too shall pass

I guess I'm going to continued to post links until the end of time.... but THIS one is the best one ever. EVER. I dare you not to love it.

PS: Kim cut my hair off today, and I really think it looks fantastic. I'm so happy and grateful. I haven't had short hair since Dida was about 3. So ya.. it was time.
Posted by Annie at 7:49 PM 2 comments:

I'm wondering why there is a woman asleep on Jann Arden's kitchen island. I know it's true, because I saw the picture on twitter. Apparently she' a diva, so maybe diva's get to do that sort of thing. Also, did you know that Jann dresses her dog in outfits? Very cute dog, I must say.

I have a giant magnet on my hip. Opera is hoping that it helps my sciatica. I am hoping the same damned thing, exactly. I made an empty threat regarding bodily functions and said magnet, and she told me that i WOULD be purchasing it.

I had a spicy chicken sandwich at Wendy's earlier, and somehow they forgot the spicy.

I've been a bit worried about my friend Linda, because I haven't heard from her in a long while.

I have two hand carved knitting needles in my possession that are so cool you'll want to pee your pants. A complete stranger came in and asked me to create a silent auction for them, and to donate the money to charity. I was gob smacked. Pictures and info to follow.

I wanted to tell somebody something, but I can't remember the something, so I'm going to forget the entire scenario.

I've been knitting a new Jared Flood pattern, Wool Leaves, for the last day or so, and I must say... doubled Cascade Eco is the way to go with every project on the planet. It's giant lace. Do purchase this pattern if you'd like to create a real quick lace blanket; baby sized.

BFML's movie is on... The Assassination of Jesse James by the Coward Robert Ford. I haven't seen it (or BFML) on TV before, so I'll leave the rest of the stuff for another day.
Posted by Annie at 10:40 PM 4 comments:

In case you need to cheer up a 10 year old boy. 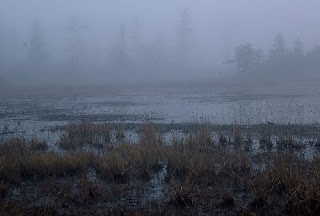 You rhyme things with fog.

Start with bog fog, and end with something like: Slog, the green frog, wearing togs while sitting on a log, said 'grog' in the bog fog. I'm quite certain there was a dog that may or may not have been agog, writing his blog.

It is completely impossible to cheer up a 14 year old girl, and you are crazy if you try. I'm just sayin.

(As an aside, I have never seen so much fog, for so many days, in this province before. It's like living on the island again)
Posted by Annie at 10:28 PM 2 comments: