But I'm getting there. There will be knitting discussed, so there's some progress. 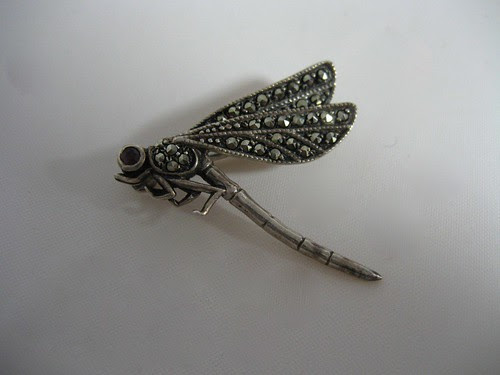 There's a story about wings and about stars. Many of you know about these things, and have experienced it yourselves. It's all pretty simple, really.

When HC died, I started finding stars. Everywhere. I didn't attract stars before, but I am now a star magnet. Each time they come (sometimes a single, sometimes dozens) I smile, because I consider it a gift from him. We touch base. Some of my friends actually bought a real star in his name.. I have a certificate right here at my desk, and it is one of the most precious things that I have... and then wings. I choose to believe this, and you may very well think I'm a crazy person, but he comes to me and to many, many others in the form of a bird, a butterfly, or occasionally a dragonfly (though not as often). In the first days after he died I flat out demanded a sign, and two huge white butterflies came to where I was sitting, and fluttered around and around.. one closer than the other. The day before that, a dove landed on my top stair and stood there as I approached and even opened the door. I knew.

Three weeks later it was my birthday, and I wasn't even sure how to put one foot in front of the other at that point, but asked Dida to take me to a stained glass store. I didn't know why. There, in a box of glass shards I found a perfect angel wing. My birthday present.

Many of my island friends who love HC and went through this whole thing with us have butterfly or bird stories.. perhaps they will share some in comments. There are dozens of stories.

A lady gave Mug a bracelet... blue stars joined together. I found a vintage dragonfly pin. As Gigi quietly sat with Lara, a butterfly came and landed by a star that she has hanging in a window.

Nikki sent me a picture of balloons... covered in stars. Jennifer sent a photo that she took of one of the approximately 75 butterflies that surrounded her a few days ago.

Alright.. knitting. I've been knitting on and off in the last few days. Not too much lace, but tonight I have been working on the socks I've been designing. I'd like to show you a picture (because they kick some butt), but they are for a sock exchange, so I can't do it. I did finish my Ravelympics project, so I expect to get my 'medal' tomorrow.. Michelle gave me a skein of sari silk for an early birthday present, so I have been knitting and re-knitting projects with that.. it's back into a ball right now because I haven't got it just right. And.. I'm about to finish sock one of version 2.0 of BFML's Christmas socks. 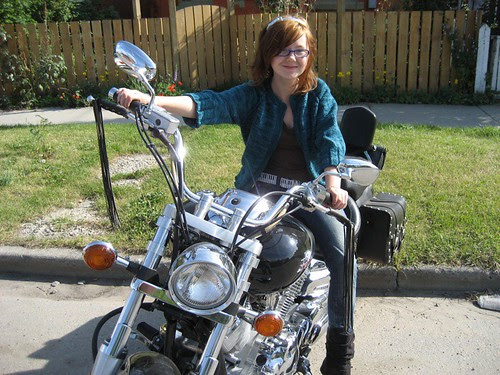 It was such a precious moment when the butterfly visited Lára and I the other day. It ended up sitting for the longest time, right above the star you made and sent me. I knew exactly what it was about...

I also remember the time the butterfly visited Lára and I. It sat down on the floor, next to Lára and didn't move even though she crawled to it.

He has visited so many times, sent so many signs. Always a little something on his birthday.

I saw his picture and footprint the other day... He and you are my inspiration in all the work I do with people who have gone through stillbirth.

I love the butterfly and star stories...