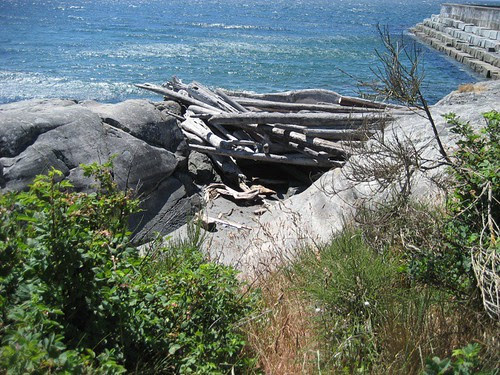 Last weekend BF and I were in Victoria. I am a really tentative flyer, to say the least. I like it best when my feet are on terra-firma, but instead we took two flights there and one flight back. Apparently BF's right middle finger bends allllll they way back now. Perhaps I was holding on just a little too tightly? 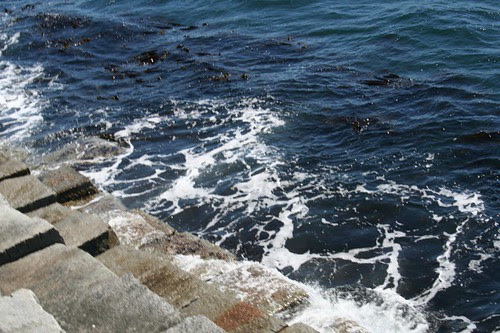 The entire weekend was glorious. One of two suspects bought him (and me, by default) a night at the Victoria Inner Harbour Marriott. It was beautiful beyond description.. but I'll save that for later. 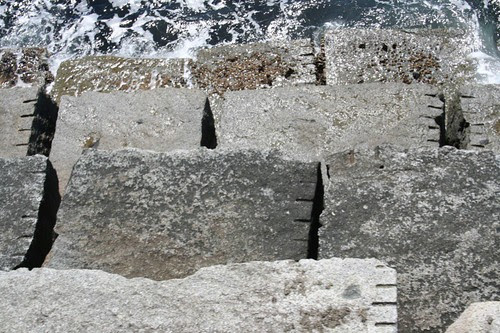 We arrived in Victoria an hour early, and were able to spend that hour sitting outside the airport sharing an egg salad sandwich and Timmy's (black, thank you very much). BF's sister Donna came to pick us up and the very first thing we did was take a walk along the breakwater. BF and Donna had some details to work out regarding the wedding they'd shot in Edmonton. Anyway... the breakwater is a pleasure for me; an absolute, unmitigated pleasure. You see, my dad worked on it in the early 50's. Every step I take along it reminds me of him and I feel so proud that something he did.. well, stayed done. Uncountable feet have stepped there. 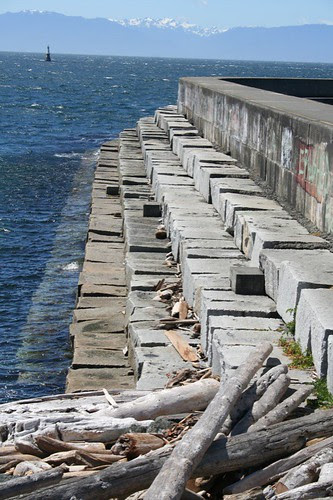 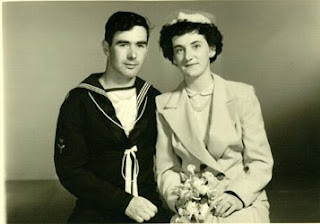 So, thanks Pop; it was good to be where you were. I wish you were here still.
Posted by Annie at 2:22 AM