The high point of my day, and the funniest thing you'll read all week 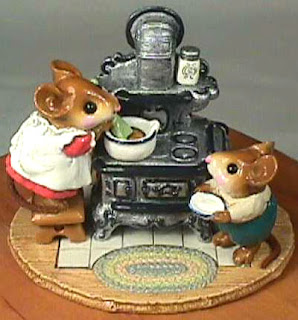 Ok, the bike thing. I made it an extra 1/2 block up Home Road before I had to get off. So I'm officially riding to 21st Ave. When I got off I stood around looking ultra casual and took drinks from my water bottle. In reality I was waiting for my heart to stop acting like a Disney animation, and for the calves to unknot. But inside, I was celebrating! The next block is a lot longer, so I think my progress won't be as good as it has been so far. I am thinking of borrowing BFML's mountain bike to see how I do with more gears.

And I saw something horrific tonight. (I have big black dog syndrome... I'm not proud of it, but it's true).. It was like a slow motion dream sequence really... A young man and woman seemed to have crashed one or more of their bikes, and they were standing over two downed bikes which took up more than one lane of the bike path. She has a big black dog on a leash, but she's engaged in the bikes, not the dog. I was coming up to them, and a jogger was just coming around them (because they were taking up his entire lane). As he passed, the dog lunged at the jogger. As I passed him, I saw him lift his arm, which had been bitten and was bleeding. If it wasn't for him, it would have been me. Phew.. jogger, thank you for taking one for me.

I caught a whiff of smoke... the tiniest smell, and I asked BGA to check to see if anything was in the oven? Nope he says, nothing. Nothing but the mouse.

We have two teenage girls and a 10 y/o boy in this house, and the pandemonium that ensued was very, very, very funny. There is some concern about mouse fumes on Sunday night's roasted chicken, or last night's home made mac and cheese. Poor little beast. I don't think it had a particularly nice ending. Question is, how did it get in there?
Posted by Annie at 8:37 PM

Labels: I ride my bicycle, Rambling

There are many little holes in a stove where a mouse can crawl into different parts of a stove. I only know this, because an apartment I rented had a mouse problem.

Thank heavens on the dog miss! You might find the mountain bike easier, but only if it has slick or semi slick tires. If they're all knobbly, it's a lot more work (reagrdless of gears). It's all the extra friction to overcome. And if there are bar-ends on his bike, you might find the additional hand positions available more comfortable. Oh, I miss the days when I could call myself a biker.

And when I was little, we found a (dead) mouse in the popcorn air popper. (Shudder). At least you don't eat anything DIRECTLY in contact with the base of the stove. And you can easily access & clean it. Also, poor mouse. But better the oven than your stash! Have you checked your stash yet? You can't trust varmints.